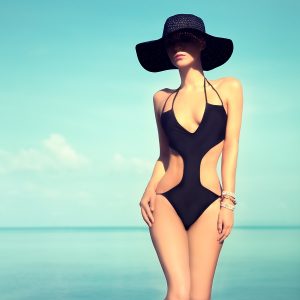 Plastic surgery isn’t just a modern innovation. Looking and feeling your best is an age-old fascination, and for good reason. After all, who doesn’t want to look amazing? Today, let’s take a quick peek into the history of plastic surgery, then and now. When you’re ready to make your own transformation, contact us and schedule your consultation at MAE Plastic Surgery.

The Beginnings of Plastic Surgery

Plastic surgery has its roots in reconstruction. Records of cosmetic repairs to broken noses have been found dating back to about 2500 BC. Rudimentary reconstructive techniques were performed in India at about 800 BC. The specialty of Plastic Surgery as we know it today really began to develop after World War I, when many of the reconstructive procedures were created, often due to war injuries. As the specialty evolved there became many subspecialties within the field of Plastic Surgery, such as craniofacial, pediatric, burn, and aesthetic.

Elective cosmetic surgical procedures like the facelift or rhinoplasty had been performed for several decades, but didn’t really gain popularity until the 1970s and 1980s. The rich and famous were among the first to use these elective aesthetic surgeries to enhance their appearance. In the United States elective aesthetic plastic surgery was initially much more commonplace on the east and west coasts. The intrigue of elective self improvement through cosmetic surgery reached the rest of the nation, and the world, through the media explosion (cable and satellite TV, the internet, social media, etc.).  Now plastic surgery isn’t just for “movie stars,” but for anyone wanting to improve their appearance.

What Plastic Surgery Procedures Are Most Common in the United States?

Breast augmentation, rhinoplasty, and abdominoplasty procedures are still among the most popular aesthetic procedures in the U.S.  Procedures that seem to be catching fire in popularity over the last couple of years are facelifts, breast reductions, and buttock enhancements. And don’t forget about BOTOX®, the most popular non-surgical cosmetic treatment in the U.S.

Although many men and women opt for cosmetic surgery for purely aesthetic reasons, some procedures do carry additional health benefits. For example, often times when rhinoplasty is performed the patient’s airway is improved when obstructive symptoms are a result of a septal deviation and/or turbinate hypertrophy. This can lead to improved breathing, the reduction of headaches, fewer nosebleeds, and even a reduction in bad breath.  Breast reductions offer significant relief to patients with associated back and neck aches.  It also improves activity level which in turn can help with weight reduction. Some studies even show a reduction of insulin requirements in diabetic patients after liposuction. If you’re thinking about plastic surgery talk with a plastic surgeon and learn more.

Plastic surgery has come a long way since its early roots as a reconstructive specialty. Thanks to modern plastic surgery, men and women can improve their appearance, slow the signs of aging, and feel their best. We love helping patients with their transformations each and every day. Contact us to learn more